The Department of Veterans Affairs announced Monday that it would open eligibility for all VA benefits to veterans discharged for their sexual orientation, gender identity or HIV status under the “Don’t Ask, Don’t Tell” policy.

The Clinton administration enacted the policy on Dec. 21, 1993.  It remained in effect for nearly 18 years until its repeal under the Obama administration in September 2011.

“Today, the Department of Veterans Affairs is working to reverse the harm done to all LGBTQ+ Veterans,” wrote Kayla Williams, the VA’s assistant secretary of the office of public and intergovernmental affairs, in a VA blog post.  “It also recognized what so many of us already knew to be true: That one’s ability to serve in the military should be measured by character, skills and abilities, not who one loves.”

“Although VA recognizes that the trauma caused by the military’s decades-long policy of discrimination against LGBTQ+ people cannot be undone in a few short months, the Biden administration and Secretary (Denis) McDonough are taking the steps necessary to begin addressing the pain that such policies have created,” Williams wrote. “LGBTQ+ Veterans are not any less worthy of the care and services that all Veterans earn through their service, and VA is committed to making sure that they have equal access to those services.”

More than 100,000 service members have been discharged because of their sexual orientation or gender identity,” President Joe Biden said in a written statement marking the 10th anniversary of the policy’s repeal.

He said nearly 14,000 service members were discharged under the policy, which lawmakers and interest groups like the Human Rights Campaign called discriminatory.

Many of those received ‘other than honorable’ discharges, which excluded them and their families from benefits and services like VA home loans, VA health and disability benefits, education benefits like the GI Bill and the right of all veterans to be buried in a national cemetery, according to Biden.

VA medical health coverage the discharged veterans are eligible for may soon include gender confirmation surgery. Veterans Affairs Secretary Denis McDonough announced at a pride event in June that he was working to make the surgery available to transgender veterans. 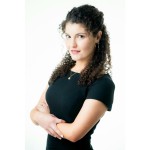 Managing Editor Brittany Crocker is a veteran with over 10 years of military service and equal experience in the civilian journalism industry. Crocker received both her bachelor’s and master’s degrees from the University of Missouri School of Journalism and was a 2016-2017 White House Press Correspondents Association scholar.

She’s on a mission to serve her fellow veterans and service members digestible, researched and credible finance and benefit information.