On Oct. 7, the United States Senate agreed to extend the federal debt limit through the end of December, averting an unprecedented debt default.

The debt ceiling is an obligatory borrowing limit self-imposed by the U.S. government. In the past, it has been either raised or postponed to prevent the U.S. from defaulting on its debt.

If that ever happens, what would it mean for U.S. service members and their families?

What does a government shutdown mean?

When the federal government shuts down, nonessential offices close due to the lack of funding, usually caused by a delay in the approval of the federal budget or because the U.S. has lost the ability to borrow (by surpassing its debt ceiling). If this happens, the shutdown will remain in effect until Congress passes legislation to raise the debt ceiling.

Historically, some agencies remain open during a government shutdown—the FBI, Drug Enforcement Agency (DEA), the Transportation Security Administration (TSA), Federal Reserve, and U.S. Post Offices. If these services were interrupted, “it would endanger the health, life, or personal safety of the public,” as laid out in the Constitution.

How the military impacts  the economy

The Department of Defense (DOD) pours billions of dollars every year into the economy by operating more than 420 military installations in the 50 states, the District of Columbia, Puerto Rico and Guam.

This spending sustains communities and offers employment across a range of industries. States benefit from defense contracts, while pensions and other benefits provide service members and their families a reliable source of income.

How a shutdown could impact the military community

In an October 6 statement, Secretary of Defense Lloyd J. Austin III said, “if the United States defaults, it will undermine the economic strength on which our national security rests. It would also seriously harm our service members and their families.”

Military programs and benefits would also be affected shutdown would also impact a list of military benefits:

Worst case scenario, nothing is paid until the debt ceiling is raised. Best case scenario is that military benefits are repaid as funds become available,

Do past shutdowns predict the future?

In 2018, the U.S. federal government shut down from December 22 through January 25, 2019. It was the longest government shutdown in history.  During this shutdown, military servicemen and women were advised of these possible outcomes:

Military pay in a government shutdown

The government advised reservists, active members of the Coast Guard and the National Guard to work during the 2018 shutdown. However, unless Congress passed legislation to exempt military wages during the shutdown, they would not be paid. Retired military personnel and Survivor’s Benefit plan recipients would still receive payment.

During the 2018 government shutdown, GI Bill benefits and VA disability pay were not affected. Yet, the VA warned that if the shutdown of 2013 extended for more than a few weeks, checks to more than 5.1 million veterans would likely be delayed.

Medical care on- and off-base

Military hospitals, clinics and dental offices would remain open during the shutdown, but only for emergencies. The shutdown would not impact off-base medical care.

During the Jan. 2018 shutdown, the Pentagon’s $100,000 death gratuity paid to family members of troops killed in action would be delayed, as would military-funded travel for the transfer of their loved ones.

Any plans for personnel and families preparing for temporary travel (TDY)  or scheduled to make a permanent change of station (PCS) were put on hold until after the shutdown. Any military personnel already traveling were asked to return to their duty station until the shutdown was resolved.

How to prepare for a government shutdown

It’s likely the Treasury will prioritize payments to all government agencies until the debt limit is raised. Where payments to military personnel fall on that list is anyone’s guess. It’s possible that payments and benefits could be delayed for weeks.

However, Sen. Jim Inhofe, R-Okla., the ranking member of the Senate Armed Services Committee, maintains that “disruptions to military pay and benefits are “not going to happen.”

Even so, it’s worth preparing for the worse. The Department of Veterans Affairs (VA) encourages veterans and their families to use VA services while the government discusses its plan for the federal budget. The VA compiled a list of points to consider during the 2019 shutdown that may be worth looking over in the off chance a shutdown occurs. 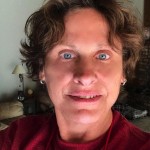 Kathryn Pomroy is a Military Benefits contributor with over 15 years of experience writing for major publications, small- and medium-size business clients, military publications, and several business journals. She is a Navy brat who respects, honors and holds service members in the highest regard. She has experience in military benefits, recruiting, finances, deployment, mental wellness, and more. Kathryn holds a degree in Journalism and lives in northern Minnesota.