In the grueling environment of the five United States military service academies, having babies and getting married are not priorities for young cadets and midshipmen, according to Melissa Hemphill, Senior Instructor of Biology at the United States Air Force Academy. It’s also not allowed.

Department of Defense policy prohibits United States military-academy students from being married or becoming parents while in school.

Currently, they must sign away their rights, go through abortions, undergo expensive litigation or leave their military academies, according to an online statement from Sen. Ted Cruz (R-TX), who has co-sponsored legislation aimed at keeping military families together.

Hemphill said choosing between these life-changing courses of action is stressful for cadets and midshipmen who are already trying to perform in a demanding environment.

She experienced that stress firsthand in 2009.

Before Hemphill went to teach at the academy, she was a high-achieving cadet who studied biology and competed in track and field. When she became pregnant with her first child during her junior year, she found the news devastating, she said.

The father – now her husband – was also a cadet at the time.

The Air Force Academy allowed her to take a year off from her studies. But to keep their son, the couple had to take turns giving up their parental rights through four separate legal processes — which cost $20,000 total.

“We wanted to keep our family together and graduate,” Hemphill said.

The financial stress creates an unnecessary burden for cadets like Hemphill and her husband, who spent five years paying off their legal fees.

Hemphill has been public about her experience, leading Cruz and Sen. Kirsten Gillibrand (D-NY) to ask for her insight on revising the policy to serve cadets and midshipmen better.

Since then, she has been gathering accounts of other parents’ experiences to advocate for them. “The vast majority have abortions,” she said. Others left their academies or military service altogether – some without saying why.

“I’ve got a lot of testimonials of people who are still grieving. Other people – that was their choice and they have no regrets about it,” Hemphill said. “There are also those who give up their [parental] rights and then stay and don’t get [parental rights] back.”

The CADET Act of 2021, which stands for “Cadets Afforded Dignity, Equality and Training,” is aimed at keeping families together and allowing cadets and midshipmen to finish their education at the service academies they worked so hard to get into.

On their websites, service academies expressly prohibit candidates and students from having dependents, including spouses.  A DoD instruction on service academies, published in 2015, lists circumstances that may be grounds for “involuntary separation” from the prestigious schools.

Such circumstances include behavioral and legal infractions like harassment, hazing and “dependency,” defined in the policy as:

“any person for whom an individual has a legally recognized obligation to provide support including but not limited to spouse and natural, adoptive or stepchildren.”

Service members’ “unique position in society requires them to uphold the dignity and high standards of the military services at all times and in all places,” the policy said. “In order to be ready at all times for worldwide deployment, military units and their members must possess high standards of integrity, cohesion, and good order and discipline.”

“As a result, military laws, rules, customs and traditions include restrictions on personal behavior that are different from civilian life.”

The policy allows cadets or midshipmen who resign or are disenrolled for having dependents to request transfers to the Reserve Officer Training Corps (ROTC).

If the CADET Act is passed, pregnant women and expecting fathers could take advantage of options already available to the rest of the military outside of service academies.

Pregnant students could finish their current semesters and then take up to a year of unpaid medical leave, like Hemphill did, before returning to the academies.

Or, if they choose, they could request full release from the service academies or enlistment in active-duty service with full military benefits, including medical coverage for themselves and their dependents.

Expectant fathers could remain enrolled without signing away their parental rights. The academies would grant fathers up to a week of leave to attend the births of their children.

The proposed bill also makes it clear that the legislators do not expect service academies to change their cultures or lower their performance expectations to accommodate parents.

Parents attending the academies still can’t have physical custody of their children. Relatives, civilian parents and legal guardians would be responsible for the children’s care until the cadets or midshipmen graduate.

It’s unclear if children born to cadets or midshipmen who remain at the academies would have access to military benefits like Tricare.

Public affairs staff at the Air Force and the Merchant Marine Academies declined to comment on the pending legislation.

Hemphill graduated “first in fitness” from the Air Force Academy in 2011. Her husband graduated in 2010 and “adopted” their child while she completed her studies the next year.

She became a track team captain and a cadet squadron commander during her senior year and went on to attend graduate school at the University of West Florida.

She and her husband share four children now. But, she remembers her experience at the Air Force Academy as one of the most stressful periods of her life.

“It was emotionally a really devastating time,” she said.

“Everyone who’s been in this situation would not recommend this,” Hemphill said of her experience. “They wouldn’t wish this on anyone. If the CADET Act were passed, it would still be a hard situation, but it would be a little bit easier. 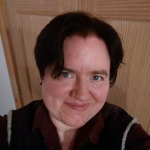 Kat Friedrich is a contributing writer for MilitaryBenefits.Info. During her journalism career she has edited four magazines, three of which covered energy technology. She has written and edited books for YouthBuild, University of Wisconsin-Madison and Energy Points.
Her work has included teaching basic data journalism and visual communication to student writers. In her free time, she has pursued training in podcast production, video editing, news design and editorial skills.
Previously a mechanical engineer, she completed a graduate degree in science and environmental journalism at the University of Wisconsin-Madison. When she’s not writing about news, benefits and programs for the military community, she reports on urban innovation for Smart Cities Dive.

Kat Friedrich is a contributing writer for MilitaryBenefits.Info. During her journalism career she has edited four magazines, three of which covered energy technology. She has written and edited books for YouthBuild, University of Wisconsin-Madison and Energy Points.
Her work has included teaching basic data journalism and visual communication to student writers. In her free time, she has pursued training in podcast production, video editing, news design and editorial skills.
Previously a mechanical engineer, she completed a graduate degree in science and environmental journalism at the University of Wisconsin-Madison. When she's not writing about news, benefits and programs for the military community, she reports on urban innovation for Smart Cities Dive.